When I started to write this part of my Avengers special, we haven’t seen Avengers: Endgame.

There are few things I have to say about my movie-watching experience (no spoilers, I promise): I lost it in several parts of the movie and got so emotional that I swear at a certain point, I wondered if I had tears left to cry. The characters have been so beautifully, intelligently, and richly written that they’ve become part of my universe for the past 10 years, so it was gut wrenching to have to say goodbye to them.

Having said that, the tone of today’s entry might be a different one, and I hope people reading it would be patient with me.

Voilà, here’s my take on what the last two core Avengers would drink (plus some bonuses):

Here’s the funny thing about Natasha Romanoff: Both movies I found of her with a cocktail involve her serving drinks. Apart from the last scene I shared with him and Bruce Banner flirting over cocktails, there was also this one from Iron Man 2 (2010):

To me, this really plays up her character as a once upon a time Russian spy. I think that part of being a bartender involves being a great listener. Add alcohol to the mix and there’s a greater chance for her to get the information she needs from a subject.

There was also something about the Avengers: Age of Ultron (2018) “hammer challenge” scene. She started off with a cocktail and ended up with a beer. For me, it shows a great capacity to be flexible; again, this also contributes to making her a great spy.

Another thing I found was that she never drank to excess, staying sober in her drinking scenes. It might have been a something she honed for her espionage missions.

When I told our friends about the prospect of figuring out Romanoff’s poison, most of them mentioned the probability of her enjoying libations from her motherland, most likely vodka.

Russian vodka remains the top choice of alcohol consumed in their country, with the most marketable brands being Stolichnaya and Russian Standard. There is no prescribed recipe to make them, but as with most vodka, it could traditionally be done out of cereal grains or potatoes, with the end product ideally being as flavourless as possible.

Now, could I imagine Romanoff choosing vodka as her signature drink? Honestly, not really. I think she’d drink whatever makes her believable in the “role” she’s playing while on espionage.

I’ve seen Hawkeye with beer in that “hammer challenge” scene, and I honestly think a couple of beers in his safehouse with family (and/or the other Avengers) grilling barbecue is something that is very fitting. It’s a very wholesome, very clean, happy image.

Then, there’s Ronin, the “masterless samurai”. Fans of the comic book series know that Ronin is an alias used by different characters in the Marvel Universe, one of the characters being Hawkeye. It presents him as a master of the katana as well as his signature bow and arrow, making him a formidable warrior.

The version of Ronin in Avengers: Endgame (no spoilers, I promise this was in the trailers) shows a very dark version of the fun, family-oriented Hawkeye. While I still see him drinking beer, I think Ronin would gravitate towards something more avant garde, like a stronger craft beer. In fact, there are fan fic storylines out there mentioning Hawkeye enjoying the stuff, with a particular inclination towards the funky named ones.

Assuming that this is the case, I could easily imagine him enjoying some of Baguio Craft Brewery’s funky named beers, like Kraken, Eye of Medusa, and Orphan Maker.

One may argue that he’s not part of the core Avengers, but he is the author of the Avengers Initiative, which is why I thought that he deserved a spot on the list.

I kept on trying to find Fury with alcohol, but I found more shots of him with coffee (Iron Man 2, in the donut shop) or iced tea (Avengers: Age of Ultron, and Captain Marvel). I don’t know if he’s ever going to drink alcohol, but he’s already such a character that I don’t see the need. Besides, I figure he needs to stay as sober as possible to “keep both eyes open.”

This came as a special request from my sister… I found shots of Coulson drinking wine over dinner and some sort of a summery tiki-looking cocktail drink in a couple of Agents of S.H.I.E.L.D. episodes, but none from the films. I think he’s such a loveable, slightly dorky guy, so I can imagine him with a piña colada or a cosmopolitan… I could also imagine Iron Man drinking some posh whisky while teasing Coulson, who is nursing a cocktail with an umbrella garnish.

I know he’s a villain. This is really to satisfy my sister, who’s an absolute #hiddlestoner. I remember towards the end of the battle scene in Avengers where a defeated Loki accepted Tony Stark’s drink offer.

Fast forward to a few press junkets and interviews where Hiddleston himself was asked what that drink would have been. Hiddleston said that it would have most likely been a scotch, neat… Funnily, it’s something Hiddleston says he likes drinking. 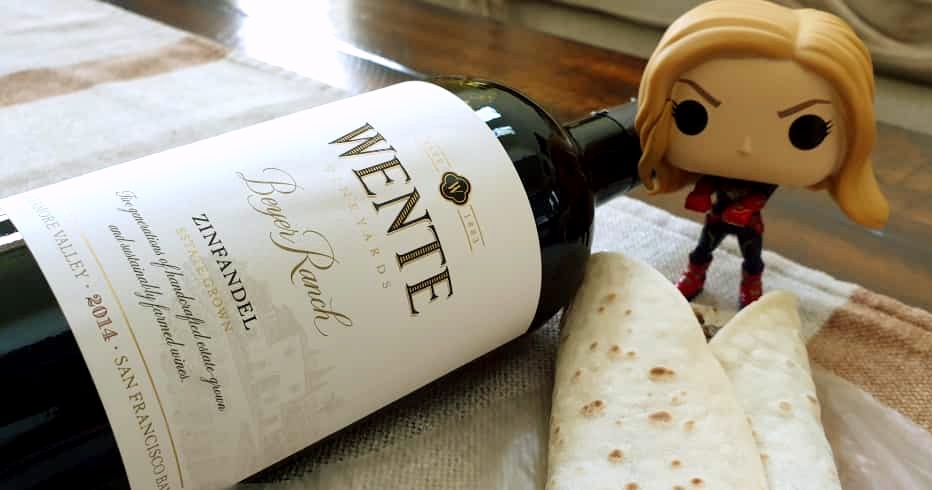 The part of me that’s all about powerful women being represented was thrilled beyond explanation when we saw Captain Marvel (2019). She ended up being my favourite Avenger after she clapped back at Jude Law’s mansplaining @$$ and sent him flying. I swear, women all over the world who have been on the receiving end of men’s condescension applauded along with me in that scene (which I plan to play on repeat for our future daughter, because THAT’S how you deal with them, honey). Doesn’t hurt that she could go through spaceships like they’re air, too.

Meanwhile, Captain Marvel was characterised as a totally 90s American chick, unafraid to let loose with her BFF Maria Rambeau in a biker club in the middle of nowhere, chugging down a bottle of Bud with the best of them. I think she’s be the type to drink anything that’s available, not be fussy about it, and would end up drinking a guy under a table.

What would one pair with shawarma?

Shawarma, by definition, is a Middle Eastern street food originally made with lamb and cooked in a vertical rotisserie. It is flavoured with spices such as cumin and cardamom, giving it rich tastes and an incredibly juicy texture… Man, I’m salivating just thinking of it. It’s so yummy and comforting that the Avengers indulged themselves in a shawarma joint that Iron Man suggested after the Battle of New York in The Avengers (2012).

When I did some research, I found out that lamb cooked in the Middle Eastern style pairs well with Zinfandel, which does make sense. It’s fruity and light enough not to overpower the spicy flavours of shawarma, but is robust enough to withstand lamb’s texture. A little caution on people eating it with a lot of spicy sauce, though: Alcohol tends to enhance the chemesthesis (that burn in the mouth) of spicy food. Not a bad thing if the person enjoys spice, but more sensitive people would probably freak out.

Thanks, Marvel, for making the last 10+ years some of the best in my life. Thanks for the characters that have become such a part of our (geeky!) lives that saying goodbye to them, no matter how wonderfully written, is bittersweet. Cheers!

Drinking To The Endgame (Part 2) was last modified: May 2nd, 2019 by Gail Sotelo 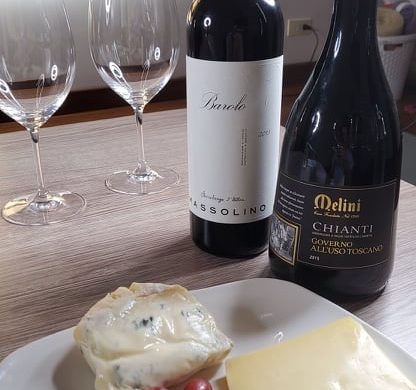 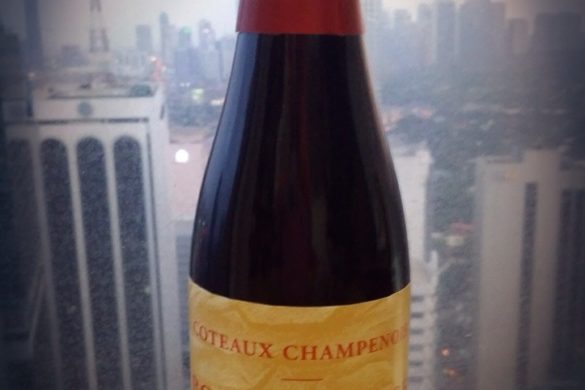 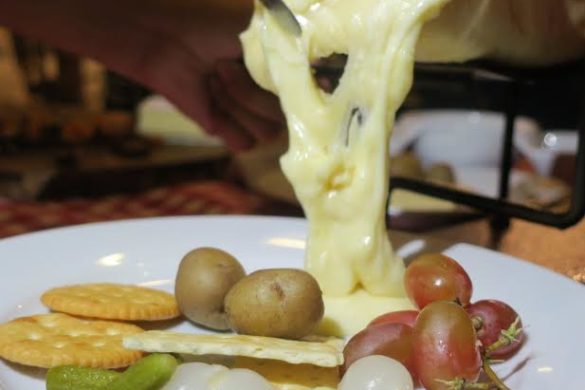 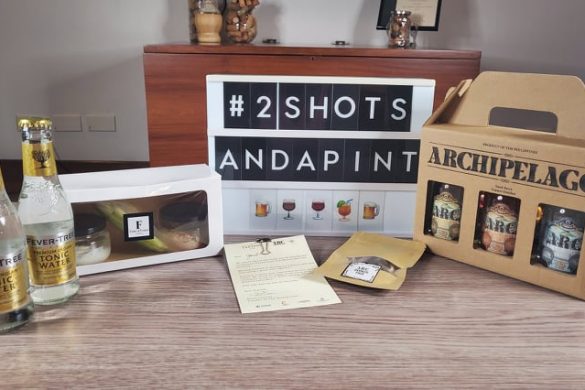 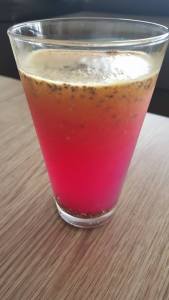