If anything is good for pounding humility into you permanently, it’s the restaurant business.

Over the weekend, the news on Anthony Bourdain’s suicide broke, percolated, and eventually hit me like bad tequila on ladies night. Being a wine professional, I have foodie/chef/mixologist/wino friends, some of which are in the same industry (some treated Bourdain with a similar reverence as I did)… Which meant that my feed was heavily saturated with articles about the man’s life and death.

As I’ve written about ages ago, the man was an icon… My hero. Heaven knows (and I’m hoping he now does, too) that his candor, wit, humility, and verbal genius have saved me from horrible spells of writer’s block. Whenever I’d hit the proverbial literary wall (as I’m prone to do because as I’ve said before, I’ve never received training in the literary arts), I’d tune in to an episode of No Reservations, kick back with a pint, and miraculously churn out something readable.

A news article on his death mentioned that towards the end of his life, he faced constant exhaustion, traveling the globe 250+ days a year, leaving him a shell of the once upon a time effervescent man that he was…

This is probably why out of all the shows he made, time and again, I would gravitate towards No Reservations. I feel that the series featured the man at his prime: Adventurous, curious, irreverent, and verbose.

The other reason why I preferred the series is a somewhat romantic one: One of my fondest memories is the first time I ever heard about the man. It was 2008, I was sitting in Cyrano (back then, it was in Legaspi Village, Makati), expecting another long (but normally fun) conversation with barkeep extraordinaire (who I lovingly call Mr. Cranky), Alex Sawit. 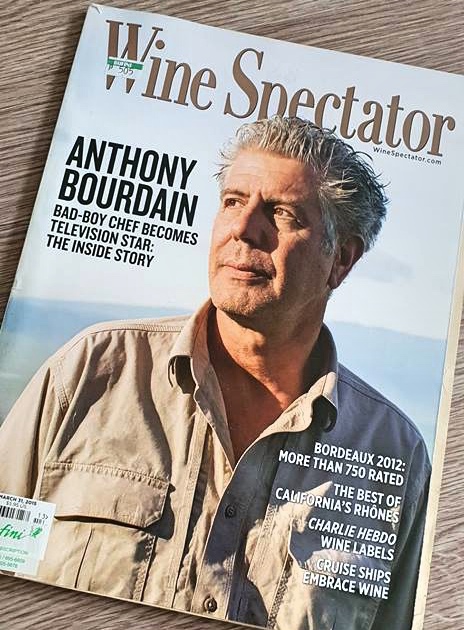 Bought from Bufini Rockwell years ago, and how I want to remember the man: A verbose guy who was too humble to admit he had impeccable taste in wine

The evening was different, though. As he would normally do, he turned on the “television” (a monitor attached to his laptop), asking me, “Have you heard about oysters bretagne? You gotta see this.”

Or something like that. I couldn’t say I could quote him verbatim 10 years (and several gallons of wine) later.

Anyway. He showed me the episode of Anthony Bourdain in Brittany, enjoying oysters… Which in hindsight was a deliciously perfect way to get acquainted with the man. After all, Bourdain’s first foray into passionately immersing himself with food did involve a childhood family trip to the French countryside, “bravely” gorging on oysters.

“And in that unforgettably sweet moment in my personal history, that one moment still more alive for me than so many of the other “firsts” that followed—first pussy, first joint, first day in high school, first published book or any other thing—I attained glory. Monsieur Saint-Jour beckoned me over to the gunwale, where he leaned over, reached down until his head nearly disappeared underwater and emerged holding a single silt-encrusted oyster, huge and irregularly shaped, in his rough, clawlike fist. With a snubby, rust-covered oyster knife, he popped the thing open and handed it to me, everyone watching now, my little brother shrinking away from this glistening, vaguely sexual-looking object, still dripping and nearly alive.

I took it in my hand, tilted the shell back into my mouth as instructed by the by now beaming Monsieur Saint-Jour and with one bite and a slurp, wolfed it down. It tasted of seawater . . . of brine and flesh . . . and, somehow . . . of the future.

Everything was different now. Everything.” – Anthony Bourdain, on his first oyster, and the moment his view on food, and life, changed forever

Like Bourdain, that evening forever changed me. Having worked in the service side of the food industry (and eventually deciding to specialise in intellectualising wine), I initially viewed it as a job, a means to an end. Yet here was this once drug-addled, once knocked down, unapologetically blunt, and borderline poetic man who was describing food, cooking, and wine in such a romantic way and made me decide that, hey… It’s a great industry.

The ten years between now and then brought about numerous travels of the food and drink variety. I constantly used the man’s adventures as a map: Teaching my husband about Katz Deli in NYC (and making him have his first proper pastrami sandwich), exploring the French countryside for food and cheese (oh God, the gooey, heavenly cheese he featured in an episode with Ludo LeFebvre in Burgundy was so delectable, my husband and I had to make a trip there ourselves), indulging in beer with noodles in a market in Hanoi (with people I just met), insisting on having a Cumpleto Italiano in Chile, and appreciating his highly praised sisig from our own backyard (again, with a beer). Each journey I went to, I unconsciously armed myself with that curious and humble attitude of Bourdain’s, and found myself enjoying each moment, which in turn, changed my perspective and allowed me to learn about people, life, cultures, living in the moment, and the art of conversation.

“Travel changes you. As you move through this life and this world you change things slightly, you leave marks behind, however small. And in return, life – and travel – leaves marks on you. Most of the time, those marks – on your body or on your heart – are beautiful. Often, though, they hurt.”

In my very limited opinion, one of the most tragic ironies of the man’s life is that despite his amazing ability to share the human story through something as universal as food (forever immortalised in his books and shows), he was never able to articulate what was going on in his incredibly complex brain, which I feel led to one of the biggest losses in the global culinary industry.

Or was he able to?

In one profoundly haunting episode of Parts Unkown,  he (and I quote the man from his field notes) “(used) an extended therapy session as a narrative device so you will end up knowing much more about me than you ever cared to, believe me. I apologize in advance.”

In it, he confessed about his struggles in communicating with people closest to him, his loneliness, his emptiness, feeling like a “freak”, and his failure to comprehend why people would listen to somebody like him.

This, apart from feeling the huge loss, hit me the hardest. I lost one of my closest friends (a fellow foodie, wino, and Kate Spade fan at that) in 2016 because of suicide as well. Her story was similar to Bourdain’s in that, despite a bubbling restlessness and frustration on the surface of their entertainingly cordial banter (also, their love of Brazilian Jiu Jitsu wasn’t lost on me), there was no obvious sign that their illness (and mental illness is a real disease that should be addressed) would claim the lives of two very important people to me.

“I’m definitely looking forward to the day when I stop working – if I ever stop working. I like the idea of keeling over in my tomato vines in Sardinia or northern Italy.”

So what have I (and maybe we) learned from this tragedy? To echo some of my key learnings from the man’s life, it’s to live more. Love more. Listen more. Share more. Learn more.

Open your hearts and your homes to people around you. As evidenced from Bourdain’s trips to war-torn regions of the earth, the story that you could hear might be a muted cry for help that shouldn’t go unheeded.

I normally hate jumping on bandwagons, but if it involves saving lives and shining a spotlight on the realities of what mental illnesses can do (suicide is a symptom of the disease), I’d gladly jump in headfirst. If you are in the Philippines and if you are thinking of committing self-harm (or know of someone who is), call the HOPELINE (available 24 hours a day, 7 days a week) at 804-4673 (804-HOPE), or toll-free for Globe and TM subscribers at +63917 558-4673 (+63917 558-HOPE).

Rest in peace, chef. Thank you for everything.

The Man and The Conversation was last modified: June 15th, 2020 by Gail Sotelo 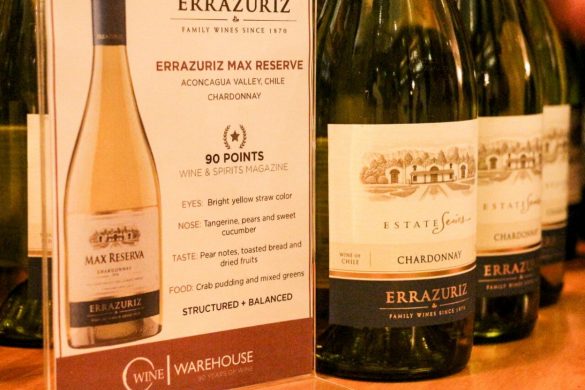 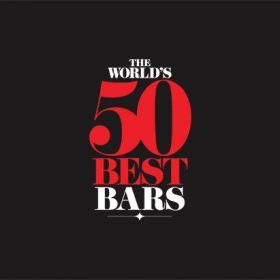 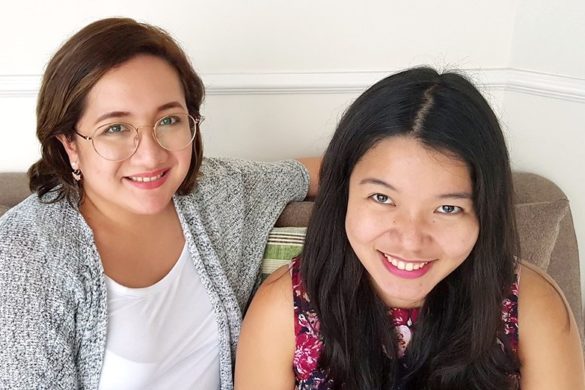